Ever since Apple released iOS 10, jailbreaking has gone down. Very few usable utilities have been released and those that have can only be used on a small handful of devices. This leaves pretty much all of the jailbreak community unable to access Cydia for all their customizations and modifications. Now iOS 11 is here and well underway, things have gotten worse; in the last year there hasn’t been one jailbreak utility and the community has been forced to look elsewhere for ways to get some of their favorite apps and tweaks. Thankfully, there have been several third-party app installers released to help us out and the latest is called AppEven, fully supporting iOS 11. 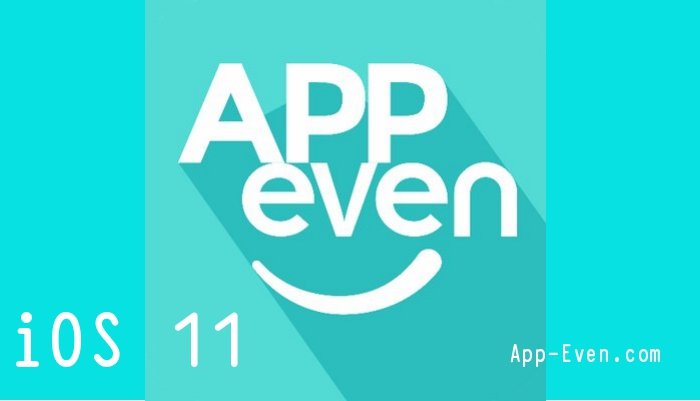 AppEven is one of the newest installers to offer a few Cydia tweaks and loads of other content without the need for you to jailbreak your device. You can have some of the best Cydia tweaks, lots of paid app store content for free and plenty of modified apps and games too. All of this is freely available to any iOS user without having to install Cydia first. It has full support for all devices that are running any version of iOS 11 and is available for download right now. Read on for full download details, after we look at some of the best features of AppEven:

Is AppEven Safe to Use?

AppEven has undergone very strict testing by the developers to ensure that is stable and safe to use. They have determined that there is no malware, no bugs, and nothing else that can spoil your enjoyment of the installer. However, just to be on the safe side and to protect yourself, you should make sure that you have a good antivirus on your iPhone or iPad. Because of the sheer amount of content in the installer, including all the app store apps you could possibly want for free, it isn’t possible to test everything for security.

AppEven is one of the few app installers that does not require you to provide your Apple ID and that ensures that Apple cannot track what you are using on your iPhone or iPad. That, in turn, means that you can keep any warranty you may have safe and can download apps and games to your heart’s content. Obviously, it isn’t the kind of app that Apple is going to allow into their app store; instead of even trying, the developers have opted to give us the download links so you can download it directly. Here’s how you can download it right now:

A strong internet connection is needed for this method, which will also only work on the Safari browser:

Although most people have no trouble using AppEven, some of you may come across one problem – AppEven won’t work. Don’t worry though; it is very easy to fix. It is a certificate issued and the steps to fix are below:

AppEven is one of the best third-party installers available to us right now. It is incredibly comprehensive with plenty of content; something for everyone to use. However, don’t be too disappointed that it doesn’t contain the same level of content that Cydia does. Most of the Cydia tweaks rely on the mechanics of the jailbreak to work and these app installers simply don’t work the same.

It is, however, a great interim solution while we are waiting to see if there is any chance of a new jailbreak sometime in the future. With no requirement to jailbreak and full support for iOS 11, anyone can use it, and it’s also perfect for those who have never tried jailbreaking because it gives them some idea of what it’s all about. In terms of jailbreaks, the best hope we have is that, with WWDC 2018 coming up, Apple will turn their attention to iOS 12 and that leaves the way clear for the jailbreak developers to try to find any forgotten vulnerabilities that they can exploit. Hopefully, they will be able to come up with a jailbreak utility that we can all use without any fear of it being patched up too soon.

In the meantime, we have AppEven. It’s perfectly safe to download and free to try it today and follow us on Facebook for all the latest updates and news.